“This administration, even before we came into office, vowed to ensure tax refunds was made a priority,” Governor Calvo stated.“We have kept that promise and have sought ways to get tax refunds to you even faster – even suing the Legislature in the hopes that they could be compelled to do the right thing and get your tax refunds to you faster. Unfortunately, even though the bill clearly passed it was never transmitted, which meant you had to wait longer.”

The Governor’s Office today received notice that Section 30 monies have been officially received by Guam. The disbursement of these refunds can begin after debt service payments have been secured by the Trustee.

Exercising smart fiscal management meant the administration was able to save nearly $20 million in interest payments over a five-year period primarily due to this administration’s ability to pay out refunds in the year they were filed and without borrowing. This is a fiscal feat as compared to years prior to FY 2012 when tax payers had to wait sometimes up to 6 years before they received their money back from the government. A comparison of tax refunds, plus interest, paid out between 2006-2010 and 2011-15 reveals that the Calvo-Tenorio administration paid out double the amount of tax refunds and paid over 50% less in interest payments.

In FY2017 this administration submitted a bill to the Legislature which would have resulted in taxpayers receiving their refunds within weeks of filing (Status A). The way to do this was to enter into an arrangement with a financial institution using a financing instrument called a Tax Revenue Anticipation Note (TRAN). The TRAN would have established a short-term line of credit out of which tax refunds would have been paid to the people earlier this year., The line of credit would have been paid down before the end of the fiscal year. 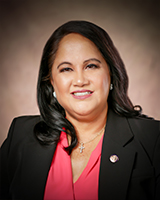