(TUMON, GU) —— The Sorensen Media Group is pleased to announce that votes are now being accepted for the 10th Annual Island Music Awards.

“We are honoring the best in local music and dance and we are excited to see the amazing artists on Guam get the recognition they deserve,” said Director of Radio Operations Kyle Mandapat.

The community is invited to vote for their favorites across all categories online at guamima.com.

Winners will be announced at the 10th Annual Island Music Awards on October 28 at 6 pm at the Lotte Hotel.

The Island Music Awards is presented by Bank of Guam, Lotte Hotel and the Sorensen Media Group with special thanks to Jamaican Grill.

For more information, please contact Kyle Mandapat at 777-5787 or via email at kyle@spbguam.com.

Sorensen Media Group (SMG), a privately-held media and entertainment company, is the leading broadcast company in the Mariana Islands with holdings in television, radio and internet broadcasting. SMG also provides audio and video production and social media services. Its radio stations include Power 98 FM, Newstalk K57 AM, 105.1 Kat FM, and 99.5 The Shark on Guam and Power 99 FM on Saipan.  In television, its stations are ABC7 and FOX6 Guam and ABC7 Saipan. Radio and nightly television news is provided to each station and the internet by our news organization The Pacific News Center, Guam (PNC 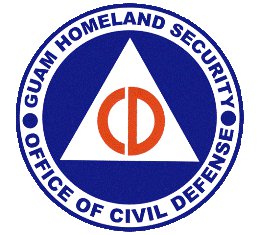