On his testimony in opposition to the Manhita Farms special interest bill.

Valerie Blas and Ricky Baba from the Westin with Andrea Pellacani

An Asian Food theme for Wednesday nights in April at the Westin.

Move along. Nothing to see here …

Holding a round table meeting today on the University of Guam student privacy scandal.

Check out the new menu at Taste Restaurant at The Westin! 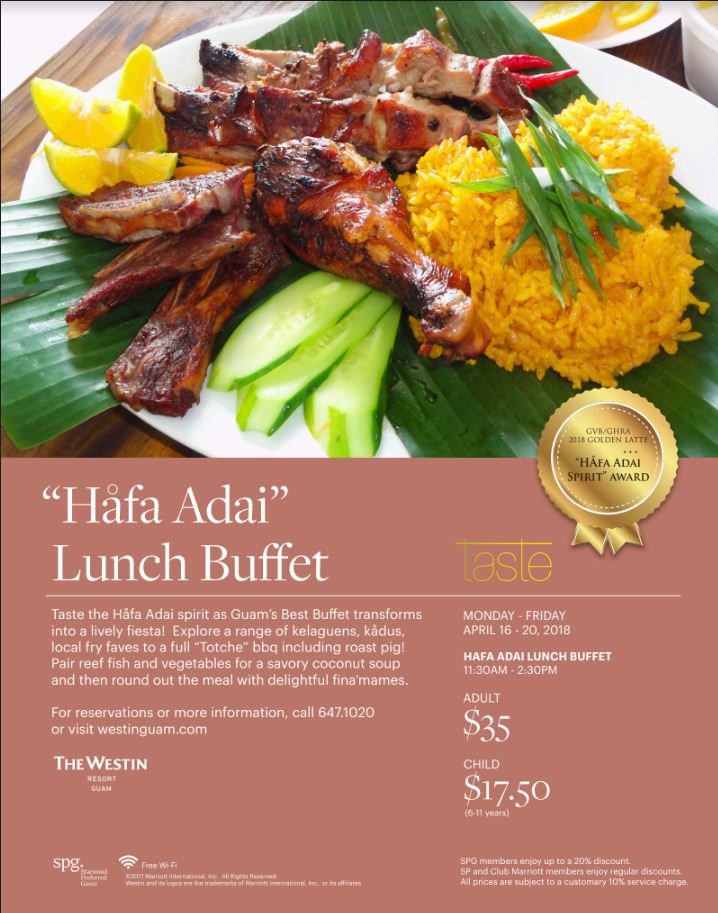 Interview beetween Patti Arroyo and John Blas about contaminated soil being stored in drums in the Agafa Gumas area.

Interview between Patti Arroyo and Senator Dennis Rodriguez about the legislative hearings held on abortion, tourism and public health.

Interview between Patti Arroyo and Glenn Leon Guerrero, Directo Dept of Public Works, about the announcement of road work to take place on Chalan San Antonio and Ypao Road.